The Beginners Guide to Terpenes 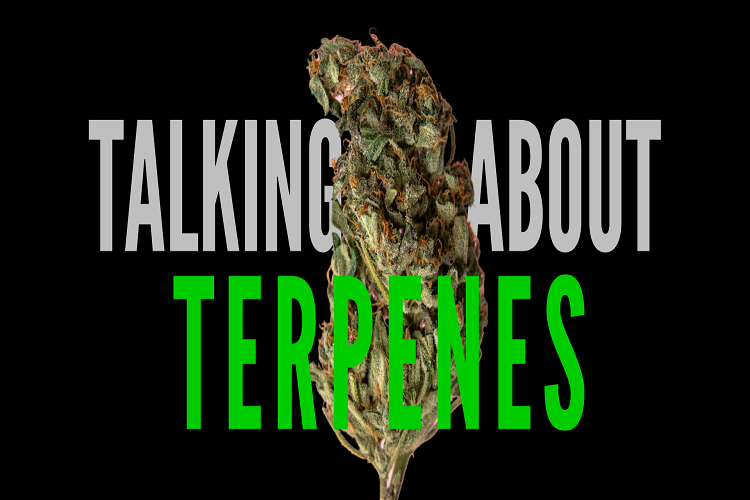 If you’re familiar with cannabis and the culture that surrounds it, then you’ve likely heard the terms THC, CBD, Sativa, and Indica. When choosing a cannabis strain, these are often the main factors that consumers focus on.

However, in the past few decades, another key component in the cannabis plant has exploded in popularity: terpenes. The effect of these chemical compounds on consumer experience is not to be overlooked.

In this article, we dive into the aromatic world of terpenes: what they are, what they do, and which ones to look out for.

Terpenes are organic molecules found in plants such as lavender, rosemary, lemongrass, pine, and of course, cannabis. They’re aromatic, and are responsible for the strong and often pleasant odor given off by plants. This smell helps ward off predators and attract pollinators in the wild. Terpenes are responsible for cannabis’s strong aroma, and cannabis crafted to the highest standards is distinctively pungent, often called “loud” or “dank”.

In the cannabis plant, terpenes are produced in the same resin glands as cannabinoids CBD and THC. In fact, cannabinoids and terpenes influence each other. The synergistic relationship between the two creates subtle changes in the plant's chemistry, resulting in the unique effects of each cannabis strain.

A strain like Heavy Duty Fruitti, for example, has a strong citrus and floral aroma, while the strain A-Mint carries a sweet, cookie-like aroma with minty undertones. Each strain has a specific aroma and flavour depending on the terpene profile of its predecessors, as well as other factors including climate and weather, fertilizers, and soil type.

How do terpenes affect my cannabis experience?

Everybody has a unique palate; certain tastes and smells that they are drawn to. When deciding on a cannabis strain, this subjective palate is not to be disregarded. Give merit to the idea that your body knows what you’re looking for; a subconscious attraction to certain terpenes.

Are you drawn to floral scents? Is a bright, citrus aroma more your style? Perhaps a more earthy, spicy profile lands with you. Either way, choosing a strain with an enjoyable aroma can seriously upgrade your cannabis experience.

The Spectrum of Cannabis Terpenes

Over 100 terpenes have been identified in the cannabis plant, though a handful of them are more common and dominate most commercial cannabis strains.

Not only do terpenes carry distinctive aromas, but each falls somewhere on the relaxation spectrum. Some terpenes are thought to promote energy and wake the system up, while others encourage relaxation and have calming effects on the body. From gentle myrcene to energizing ocimene, every terpene leans one way or the other.

Below, we’ll explore the 11 most common terpenes found in cannabis, and examine their unique qualities.

One of the most prominent terpenes in cannabis.

The only terpene known to activate the body’s endocannabinoid system, specifically its CB2 receptors.

The most common terpene in nature.

Most commonly used in cleaning agents and fragrances.

Roughly one in ten cannabis strains is terpinolene-dominant.

Very prominent in hops, a key component in IPA’s and similar beers.

Commonly used in soaps and perfumes.

Known for its fresh woody scent.

Known for its gentle fragrance. Used for hundreds of years in cosmetics.