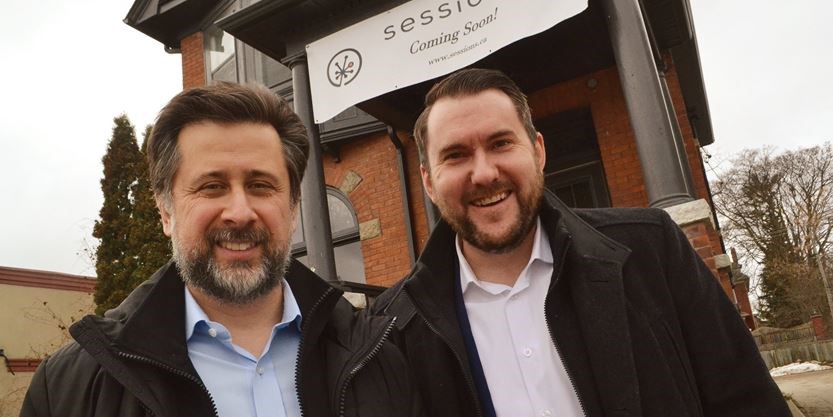 Collingwood’s, and Simcoe County’s, first legal cannabis store is set to open its doors on Dec. 21.

The store, owned by Richmond Hill lawyer Louis Laskovski and located at 312 Hurontario St., will be called Sessions Cannabis.

Steven Fry, president of Sessions, owns a location in Hamilton and is licensing the brand to Laskovski.

With Wasaga Beach, Clearview Township and the Blue Mountains opting out of allowing a cannabis retail outlet, Laskovski said he believes the store will be a catchment location for all of south Georgian Bay.

Laskovski has been visiting the area for many years and feels there is a demand for a legal cannabis outlet.

He said even though there is a stigma surrounding cannabis, the project has been received warmly. Laskovski said the Alcohol and Gaming Commission of Ontario, which oversees cannabis licensing, received no complaints about the potential of a store.

“The reaction I’ve got in the community has been more overwhelmingly positive than I thought,” he said.

For Laskovski, that’s a sign the stigma is softening.

“The idea that it’s done behind closed doors or in a back alley, I think that’s slowly disappearing,” he said. “It’s becoming a little more normalized.”

Fry said the goal with the retail operation is to build on that and create an environment that makes people feel comfortable.